Born from the union of two flagship craft spirits companies—Pura Vida Tequila and Luckenbach Road Whiskey Distillery—Frontier Spirits is poised to become a leader in the liquor industry.

At the intersection of craft and beverage, the story of Pura Vida Tequila dates back to 1923, when two brothers worked the agave fields outside Arandas in the heart of Mexico’s finest agave-producing region. Under the care of these vigilant agaveros, the fields of beautiful blue agave in Los Altos earned international acclaim for their exceptional quality, rich flavor, and high sugar content (the lifeblood of tequila). Here, among fourth-generation agaveros, the first expression of Pura Vida Tequila was brewing.

Delivering a farm-to-bottle experience, Luckenbach Road Whiskey Distillery's roots back to 1855, when Herman Ochs moved his family to Gillespie County, opened the area’s first saloon, and became the Sheriff. Celebrating the art of smooth taste and depth of flavor through our Texas-made whiskey, we are proud to launch this state-of-the-art distillery in Texas Hill Country, just outside Fredericksburg. Driven by the allure of craft-distilled spirts, Luckenbach Road Whiskey Distillery will be a natural draw for area visitors, but the appeal will not be exclusively in the whiskey. Rather, the distillery will be a fully immersive experience, with every feature being a strategic choice meant to entice visitors and to represent a facet of the high-end, artisanal brand of Luckenbach Road Whiskey. Most notable features will include distillery tours, a country store, a world-class recording studio, Tex-centric food trucks, luxury cabins, and corporate event facilities. 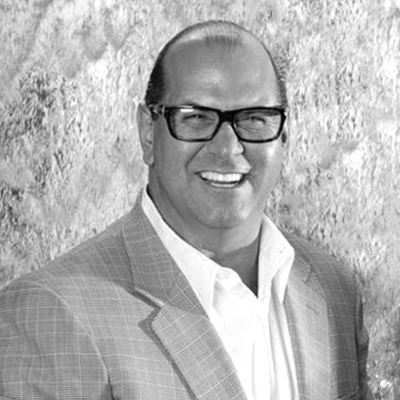 Frontier Spirits is the brainchild of Stewart Skloss. Building on the success of his signature spirits company, Pura Vida Tequila, Frontier Spirits integrates his newest endeavor, the Luckenbach Road Whiskey Distillery, with his first love to leverage an opportunity that seven years ago was only a dream. Born from his passion to create the world’s finest tequila, Pura Vida’s success is no accident. Years of hard work, painstaking travel, and careful research bore the fruit of what is today a line of Double Gold award-winning tequila, available from Coast to Coast. Throughout the United States and Mexico, the many personal relationships and business connections made over the few decades forged the foundation for these enterprising spirits entities. Frontier Spirits and Luckenbach take the next bold steps forward in the vision Mr. Skloss holds, as he knows the size and scope of this project create even more opportunities to attract the best leadership and talent the industry has to offer. Mr. Skloss will serve as the acting CEO of Frontier Spirits until an appropriate industry relevant Chief Executive Officer has been acquired, at which time he will take on the role of Chairman and Founder. 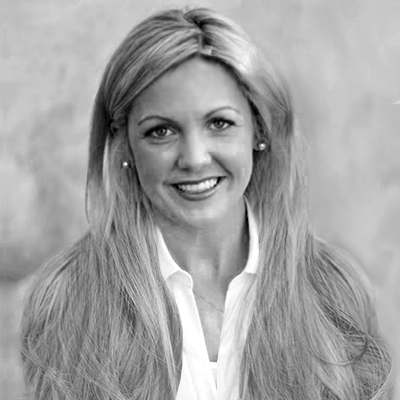 Kaitlyn Callaluca Skloss is currently the Chief Marketing Officer. Prior to this role, she gained her extensive marketing and communications experience at NPR’s national office in Washington, DC, and at Datawatch Systems in Bethesda, Maryland. Demonstrating her trademark self-sufficiency and commitment to hard work, she also put herself through private college by working three jobs. In her executive role today, she is an active corporate member of Women of the Vine and Spirits, an organization that provides women in the alcohol industry a network of colleagues, mentors, and opportunities to develop and advance their personal brands and careers. She also brings a passion for community service though involvement in World Affairs Council, American Business Women’s Association, Women of Wardrobe - Dress for Success Program, The Bush Literacy Foundation - Ladies for Literacy, and Meals on Wheels - AniMeals. 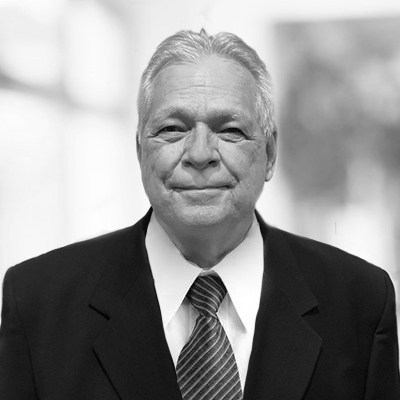 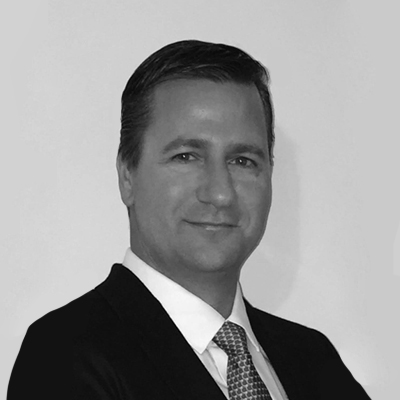 A seventh-generation Texan, born and bred in Austin, Marshall Skloss brings a wealth of operations experience to bear, in addition to his multiple honors-level degrees.  A proud University of Texas graduate, Marshall spent 12 years as Director of Operations for the Chicago Athletic Clubs, as well as successfully owning and operating small businesses whose consistent growth in revenues were the direct result of his relentless drive and commitment to excellence.

As Chief Marketing Officer for Pura Vida Tequila, Mr. Skloss pushed the brand to new heights, making his bones in the spirits industry along the way.  Tenures at multinational icons Chiat/Day/Mojo, DDB Needham, and Foote, Cone & Belding were the building blocks of the advertising and marketing savvy invaluable to the continuing progress of the Frontier Spirits brands.

Direct descendants of Texas pioneer Herman Ochs, the Skloss brothers’ passion for their 3rd great grandfather’s storied whiskey burns brighter than ever.  Now the dream of bringing his century old family recipe into the modern age and delivering the farm-to-bottle experience of Luckenbach Road Whiskey becomes reality as they create the destination distillery, hotel, conference center, and resort which bears its name. 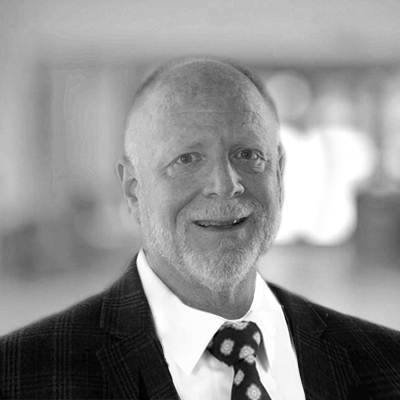 Mr. Swaim has been actively involved in the Beer, Wine and Spirits industries as both a paid consultant and an in-house advisor for years. His industry expertise included operations, finance and marketing long before joining Pura Vida Spirits. Having worked extensively with Young’s Market, the largest Distributor on the West Coast to Anheuser-Busch, he brings a vast wealth of experience to Pura Vida.

More importantly, Mr. Swaim also brings 20 years of Senior Leadership in guiding early stage companies to the next level. He’s led companies in the Investment Banking Industry, TV Production, Sports Nutrition and Advertising and Marketing fields. As the President of Heartbeat of the City, a local Business Television Show, he led the company over a seven-year period into five new major markets with revenue growth of over 150% per year, after which it was successfully sold at an extraordinary profit. As CEO of Synergy Sports, Mr. Swaim had the vision to see a need in the market and to fill it. With Synergy Sports, he worked with Gatorade in supporting their Brand Sponsorship in the Iron Man Series and Beach Volleyball, working alongside the CMO to enhance and maximize brand awareness and consumer experience in each area. Synergy Sports simultaneously was creating its own proprietary products, a line of hair and skin care products for the athletic market and sports nutrition products. Synergy Sports was successfully sold to a competitor. 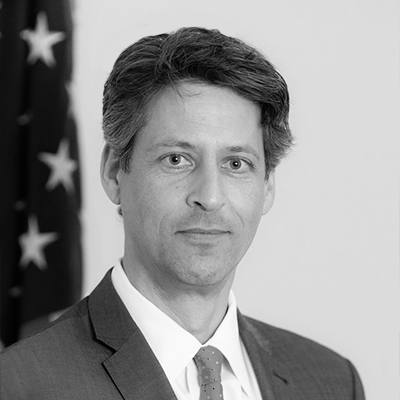 Alfred Schandlbauer served the American State Department with distinction for over 30 years as one of the highest ranking U.S. Diplomats in the world. Over the course of his exceptional career safeguarding U.S. interests abroad, he held diplomatic posts as a Foreign Service Advisor, Executive Secretary, and Senior Advisor in assignments across Asia, Europe, Latin America and the United States.

His hard-earned insights and business savvy resulted in saving the U.S. Government many tens of millions of dollars, due to his extensive mentoring and cooperation with the Afghan provincial governor as the senior U.S. official there.  As a Trade and Investment Officer for the U.S. Embassy in Buenos Aires, he expanded U.S. company interests abroad through a combination of strategic commercial advocacy and shrewd international diplomacy.

Alfred’s global business acumen and diplomatic repertoire perfectly position The Frontier Spirits Company for the international playing field to come.  His reputation for complex problem solving through a wealth of interpersonal relationships and unwavering financial integrity form the cornerstone of our developing spirits interests abroad. 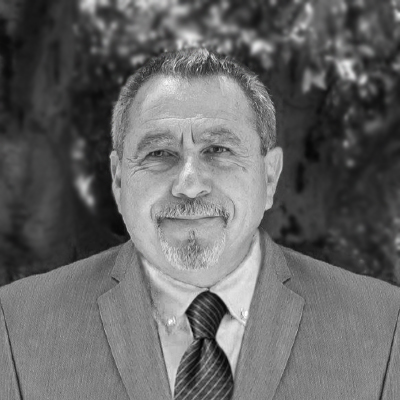 Mr. Nuñez del Toro is highly experienced in Mexico’s beverage industry. He comes to Pura Vida with more than 10 years of experience within the tequila industry. Mr. Nuñez del Toro was previously the Plant Manager for Tequila Don Roberto S.A., where he coordinated and managed operations at the company’s bottling plant. Under his leadership, the plant saved 2.5 million pesos by reducing costs of raw materials, as well as 18% on shipping costs, customs brokers, and exports. Mr. Nuñez del Toro additionally increased productivity by 12% in the packaging line. 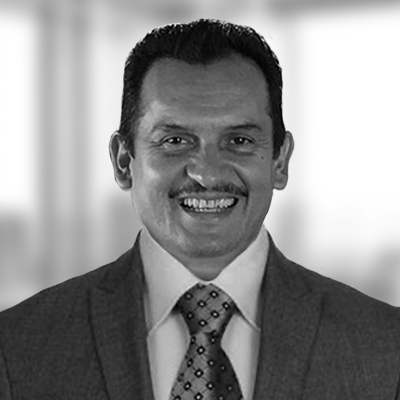 Mr. Ortega is one of the industry’s most  seasoned Master Distiller. Before joining  Pura Vida, he worked at Patrón Spirits, and Tequila Quiote, where he served as Production Manager. In this role at Tequila Quiote, he was in charge of the organoleptic profile of the brands produced there, including Quiote, El Toril, Puerto Vallarta, El Mante, and Chamucos, as well as Cava Don Anastasio.

He left his role at Tequila Quiote to work alongside Tequila Masters Leopoldo Solís and Gabriel Espíndola to develop Destilería Morales.